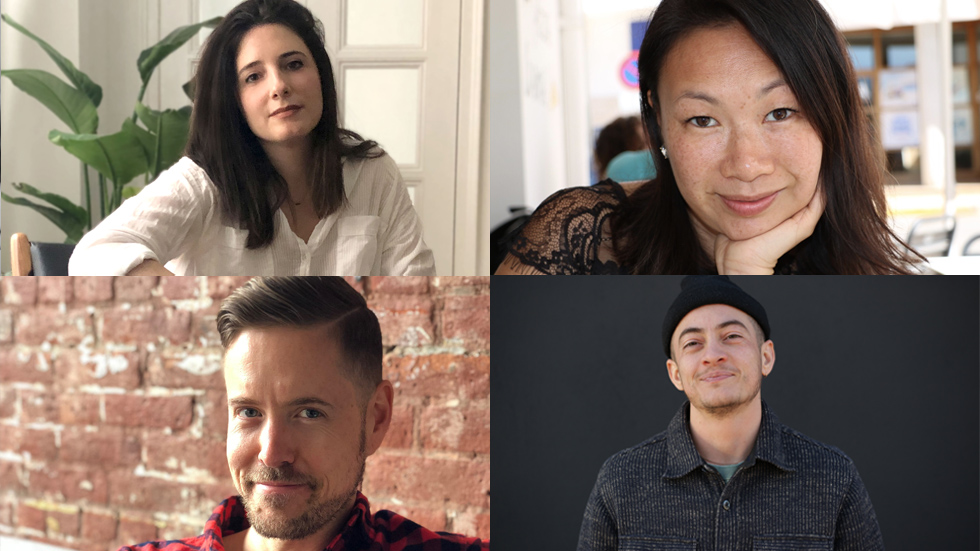 Celebrating a Quartet of Promotions at Hornet

Hornet, the multidisciplinary production studio with two decades of experience producing award-winning work, announced today a string of promotions throughout the organization.

Collectively, the four individuals in line for promotion have worked with Hornet for over thirty years. Individually, each person brings with them a quiver of diverse skill sets, a wealth of expertise, and the type of hunger and drive, mixed with affability and love for what they do, that has become emblematic of the Hornet team over the years.

In Managing Partner Michael Feder's words, "We’re excited to kick off the new year with a series of promotions that are really about empowering a group of wonderfully talented team members who’ve been at the core of Hornet’s evolution over the years."

The promotions are as follows:

Kristin Labriola has been promoted to Head of Creative Development, a new role within the Hornet studio. For 8 years, Kristin has operated as the Development Producer at Hornet, where she developed the creative strategy behind Hornet’s commercial pitch process, managed this process logistically and creatively from beginning to end, and helped with director outreach and the continued fosterment of Hornet’s director roster. Michael Feder says, “Kristin has grown to become an invaluable creative voice within Hornet, and she will work with Hana [Managing Director], Greg [Managing Partner], and myself to ensure that the decisions we make, as we grow, lead to the best creative outcome.”

Cathy Kwan has been promoted to Executive Producer. Cathy has been with Hornet for close to a decade. A people person by heart, she is a veteran of the production world. Prior to Hornet, she worked in long-form television production for children’s programming, managing relationships with animation studios and seeing to all phases of production. Her role as Senior Producer at Hornet has seen her work with a number of big clients, including ongoing campaigns with Facebook. As she moves into her EP role, Cathy will bid and produce jobs along with a more concentrated emphasis on further developing Hornet’s client relationships at Hornet.

Marty Geren has been promoted to Senior Producer. Marty has been with Hornet for the last 10 years, the first half of which as a CG Lead before becoming a Producer. As Marty moved into his role as a Producer, his extensive background in CG modeling, lighting, texturing, and rendering made him the perfect liaison between art and production at Hornet. For 9 years, Marty has led the McDonald’s campaign with Leo Burnett London, one of Hornet’s longest relationships. (He also happened to be a McDonald’s breakfast manager back in high school, so it’s been a very long, full circle relationship, indeed!)

Dez Stavracos has been promoted to Senior Producer. With a strong background in 2D animation and 6 years as a producer at Hornet, Dez’s journey to Senior Producer has been eclectic and interesting. After studying traditional animation at the School of Visual Arts in New York, he worked for 3 years as a producer for renowned animator & filmmaker Bill Plympton. Dez's experience with longform 2D animation—his first "true love"—has made him an invaluable contributor to the 2D department at Hornet. Moving forward, he will continue to produce with an added focus on nurturing and developing the 2D team.