Hornet is delighted to introduce Doug Alberts as the newest member of our director roster.

Doug is a director and designer whose style is fueled by a playful aesthetic and a love for experimentation. At the heart of his work is a serious devotion to story, yet also a clear commitment to never taking himself too seriously.

In other words, Doug’s work is fun. Even the educational stuff and the explainer films, the heartfelt content and the should-be-boring stuff, it’s all laced and loaded with friendly optimism and innocent humor. The result is a body of work that’s not just impressively vast given how young he is, but also incredibly inviting and warm.

In the words of Hornet's Head of Creative Development Kristin Labriola, "I stumbled upon Doug’s work years ago and was instantly enchanted by his ability to tell thought-provoking short stories in such a playful, silly, simple and above all, smart way. I was also shocked to learn he was only in his first year at Ringling. It was clear he was special and had a unique view of the world that I wanted to see more of. His ability to twist the ordinary everyday random thought into something fresh and new and important - and at times ridiculous - is what excites me most about Doug. I am beyond thrilled that four years later we at Hornet get to be a part of his bright future."

Doug was born and raised in Chicago (which is where he resides today). He grew up with an interest in art that gradually became an obsession. He always enjoyed stop motion and clay, animation and film. Then in high school, he heard a term being tossed around called “Motion Graphics.” Immediately he looked up “best colleges for Motion Graphics” and found Ringling College of Art and Design. During school, Doug dove head first into his own. He began to hone his style and sharpen his work ethic into something admired by everyone around him, including tenured faculty.

Like the Energizer Bunny of animation, Doug just never stopped creating. He made it his goal to make a new short every five weeks. He finished multiple theses and school projects at the same time. During the summers, he bagged two separate internships with Giant Ant in Vancouver, then Gunner Animation in Detroit. “Those two internships taught me the majority of what I know technically,” he says. Throughout it all he challenged himself to never do the same work twice, to constantly push himself and his design aesthetic, all whilst never forgetting why he fell in love with this line of work in the first place: a passion for storytelling. 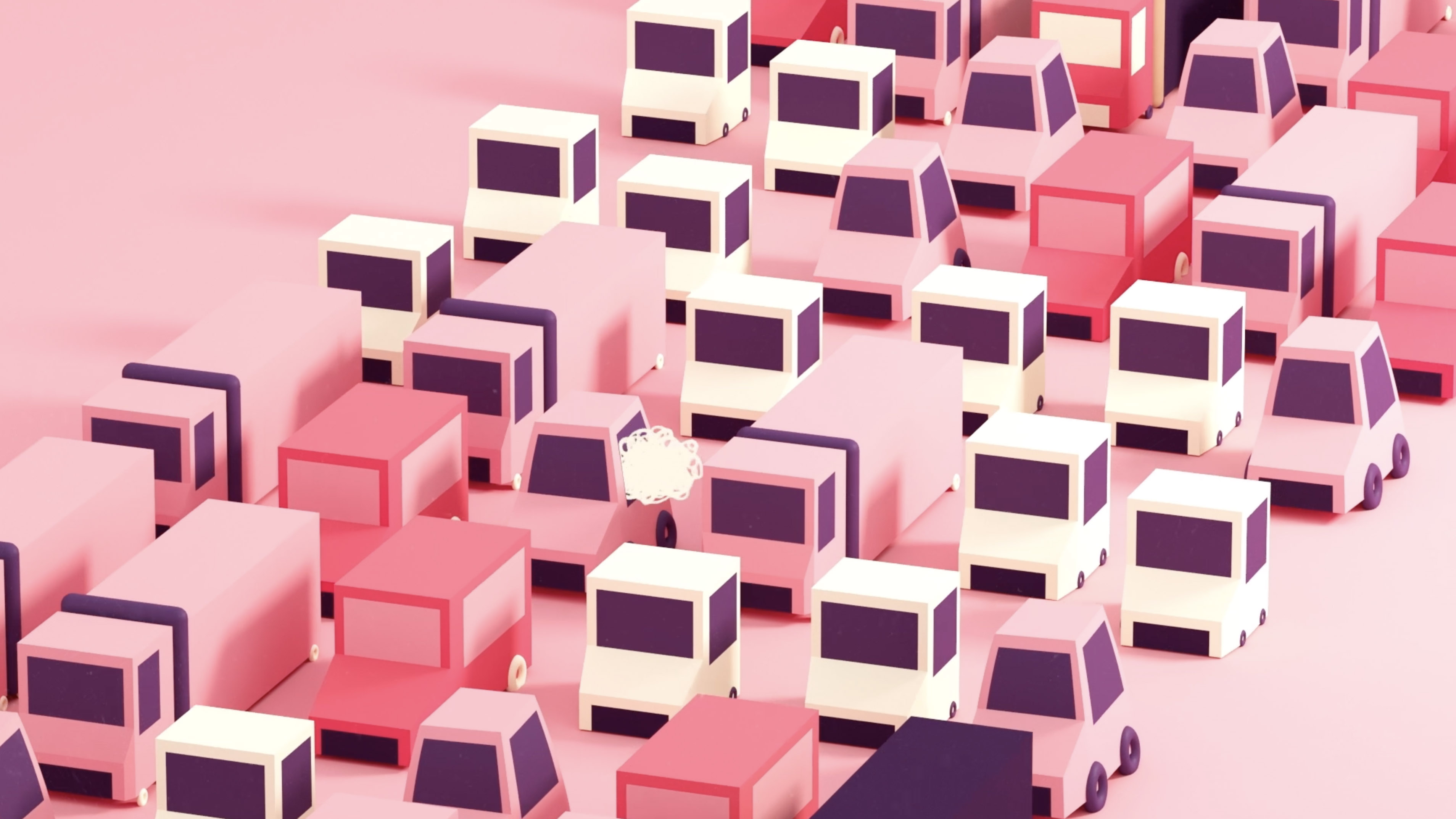 Today, his portfolio is filled with a prolific and eye-catching smorgasbord of personal projects (like the claymation-inspired Bugged or his motion-design exploration of the Enneagram), client work for the likes of MTV, TED-Ed, and Lyft, and a diverse array of design and animation techniques.

As a twin, a runner, a fishing enthusiast, and an artist, Doug is a man of many moods and many lives lived. Just as it’s impossible to pigeonhole his personality into one small category, it’s equally impossible to label his style. In his own words, “When people look at my work, they relate to shapes and objects. I use a combination of styles. I like to experiment to make things people haven’t necessarily seen before, but there’s a friendliness to it that’s consistent.”

What Doug brings to the Hornet director roster is an exuberant optimism and a design language that speaks to the inner child in all of us. He’s at once a goofball and a workaholic. And thankfully for all of us, the best is yet to come.

Please reach out to Hornet’s MD, Hana Shimizu to learn more about Doug or with any questions. To see more of Doug's work, check out his director page.