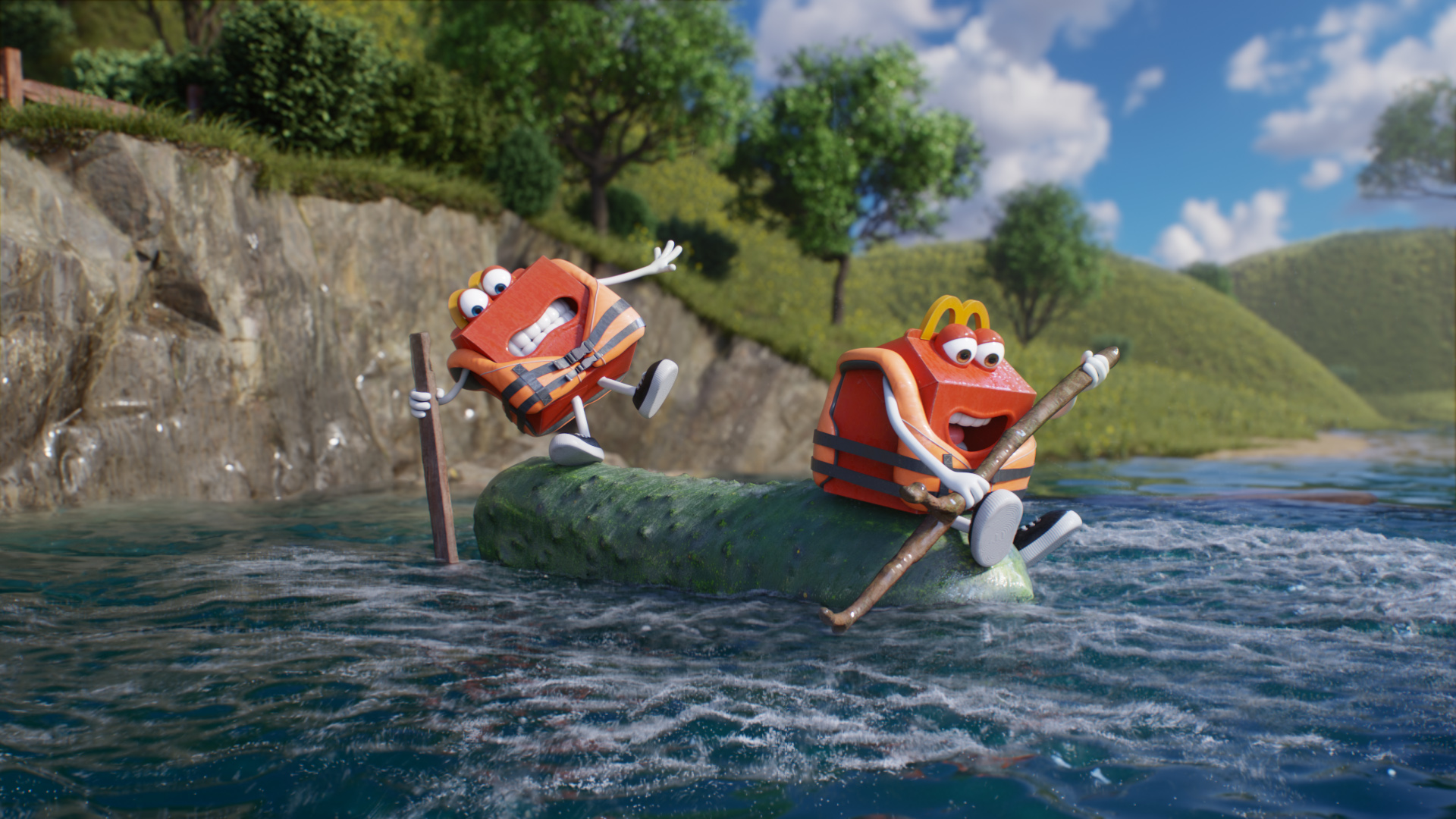 THE POWER OF LONGEVITY

For over thirteen years, Hornet has worked with Leo Burnett London and McDonald’s to create UK and Ireland Happy Meal campaigns. To put that timespan in perspective, when the first campaign was launched in 2007, the first iPhone had just been released. George W. Bush was U.S. President. Blockbuster still had over 6,500 store locations. Instagram, Uber, and Airbnb didn’t even exist yet. 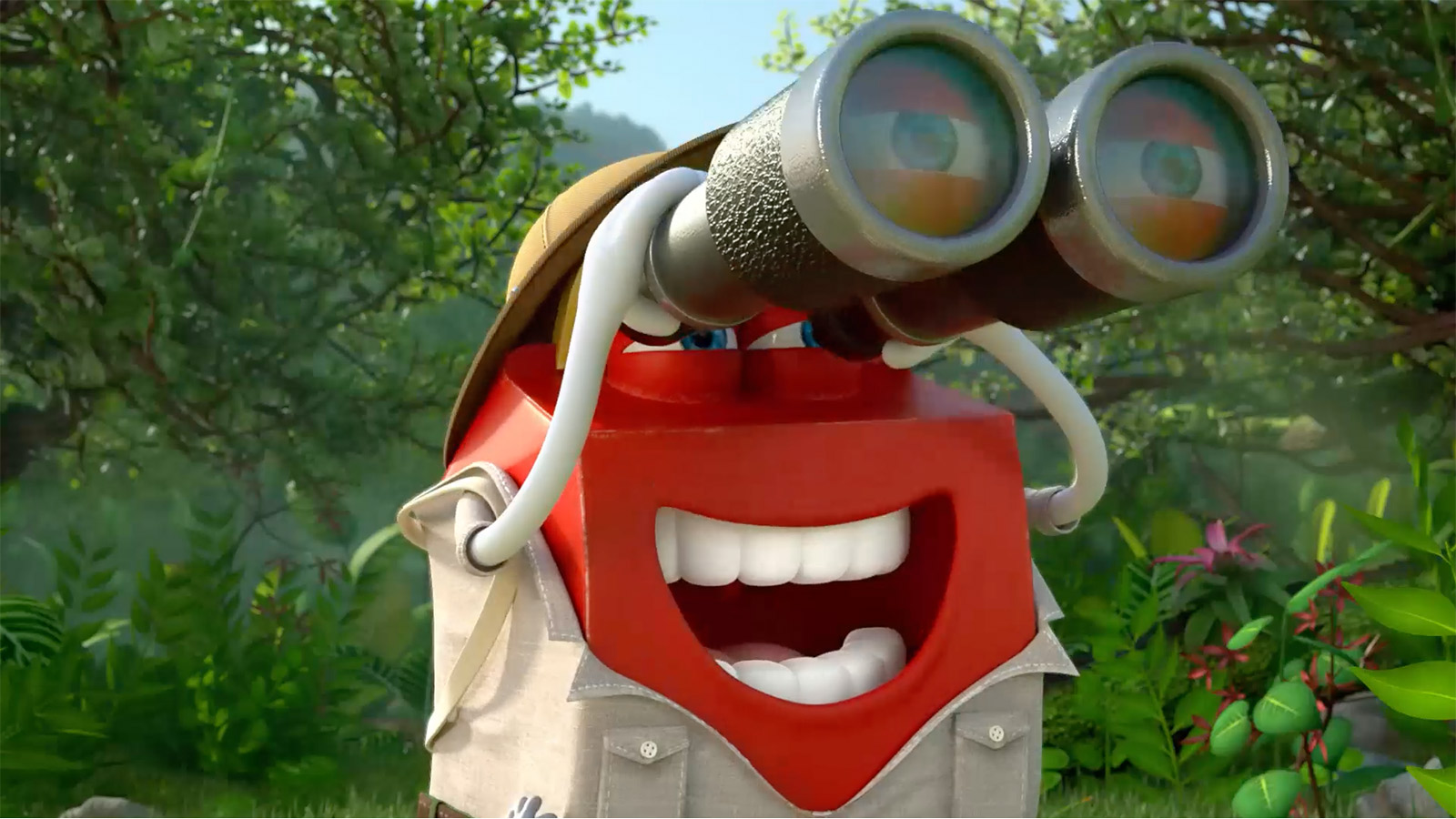 THE POWER OF LONGEVITY (CONT.)

Over the next decade, all of these things would change, but Hornet’s relationship with Leo Burnett and McDonald’s would only continue to strengthen. Creative teams shape-shifted, as did campaign mediums. But the producing team, led predominantly by Hornet director Peter Sluszka, remained largely the same, resulting in the cultivation of a thriving ongoing relationship. 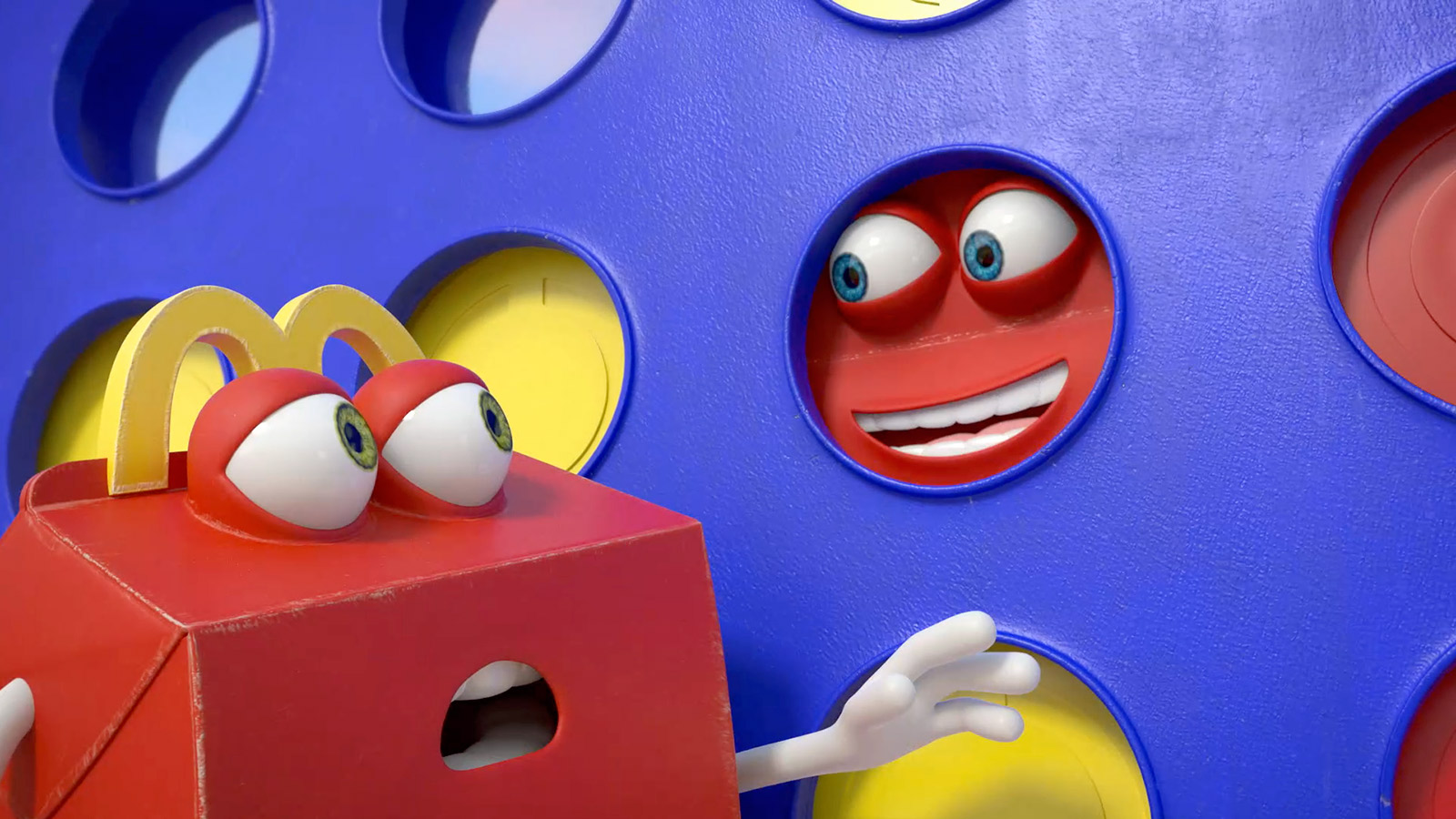 THE POWER OF LONGEVITY (CONT.)

In an industry renowned for fast-paced change, this sort of longevity is a rare commodity, indeed—about as rare, you could say, as finding a Blockbuster retail store in 2019. (There’s only one left in the world, in case you were wondering.) But it’s precisely this longevity that’s resulted in such a fruitful relationship and led to the creation of over 100 distinctly different—yet completely cohesive—films. 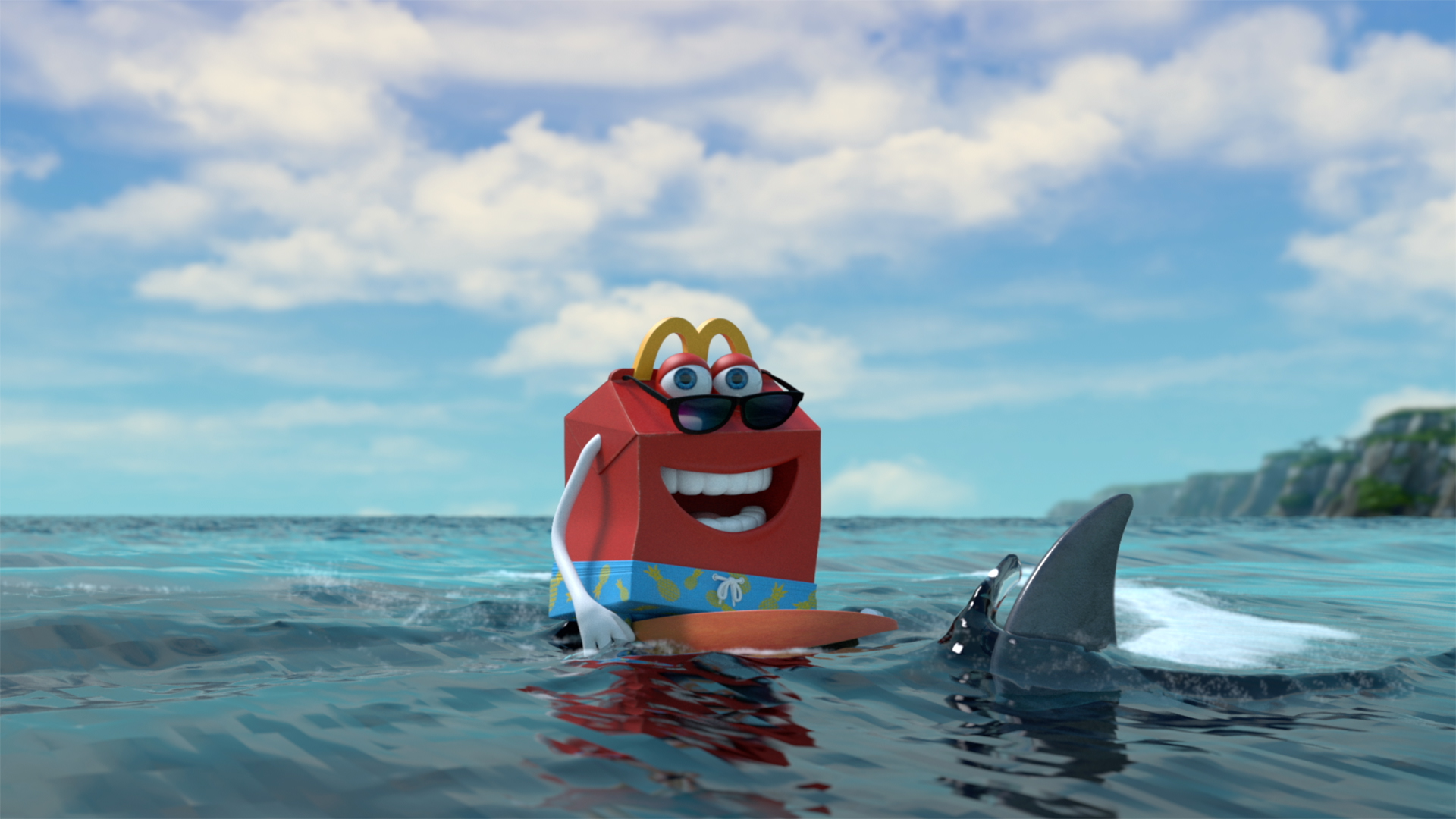 A reel of all the great CG work for the McDonalds through the years.
THE WORK

First, a refresher of the Happy Meal itself. Within its iconic red box with the yellow smiley face and McDonald’s logo, there’s normally a kids’ meal sold with a small toy that lines up with whatever film or promotional event is trending at the time. The task for Hornet, then, has always been to create spots that would achieve a level of what we’ll call “variable uniformity”. Because the box was a constant fixture, but the contents within were always changing, it was a fun challenge to explore the boundaries of familiar and new; to create spots that were instantly recognizable but with surprising twists every time.

This framework acted as a springboard to a sweeping variety of work. Hornet produced films for toy giveaways, recreated spots in the style of upcoming blockbuster films, promoted the UK Olympics, and brought to life countless beloved characters. We launched stop motion campaigns with an army of fabricators and animators in our 5,000 square foot Brooklyn stage and incorporated 2D and CG character work from our Manhattan studio that meshed seamlessly with the intellectual property of myriad animation brands and characters. As more media styles entered the equation, even the Happy Meal box itself evolved from mere container-of-characters to star of the show, becoming the CG character known as “Happy.” 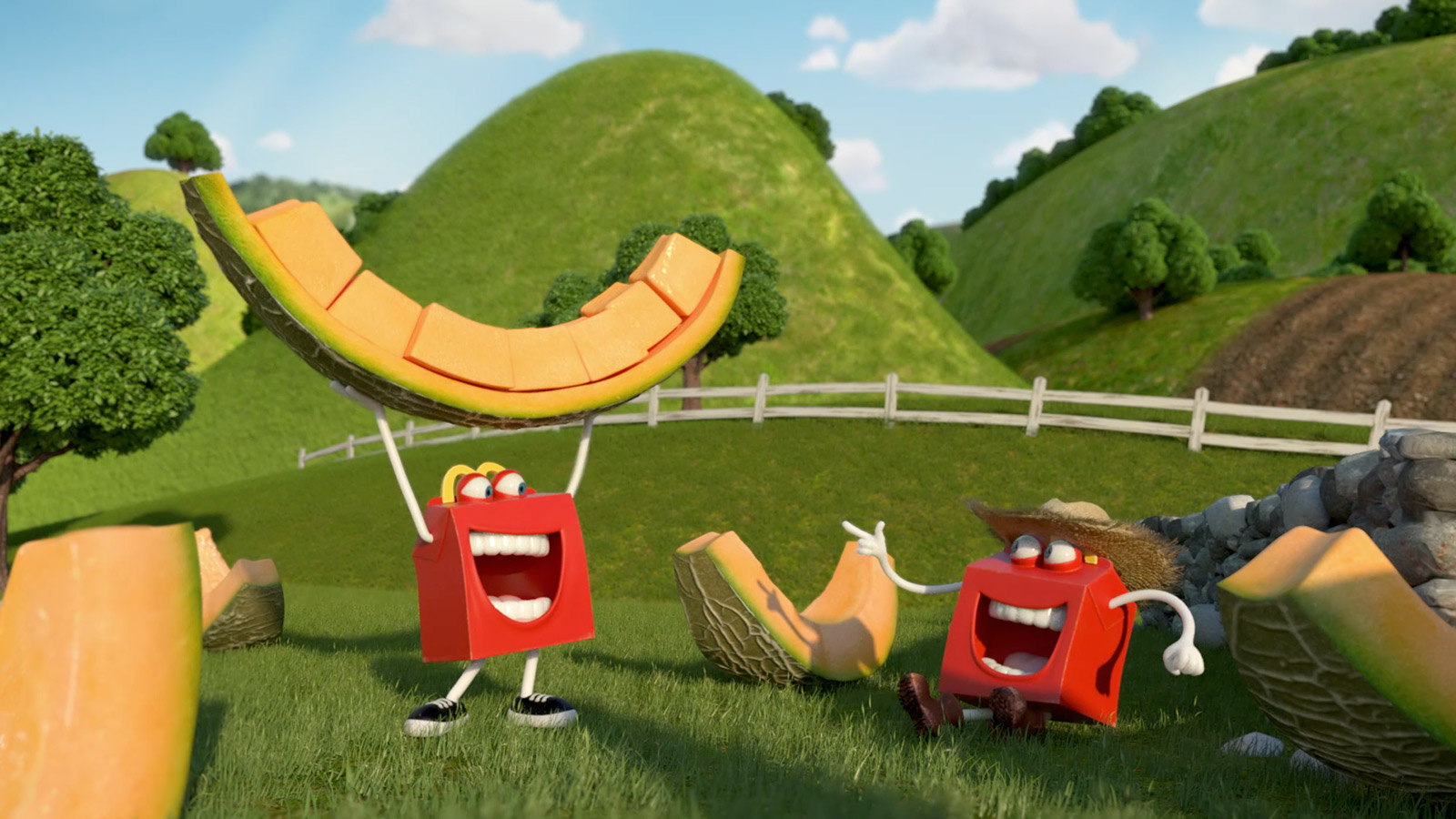 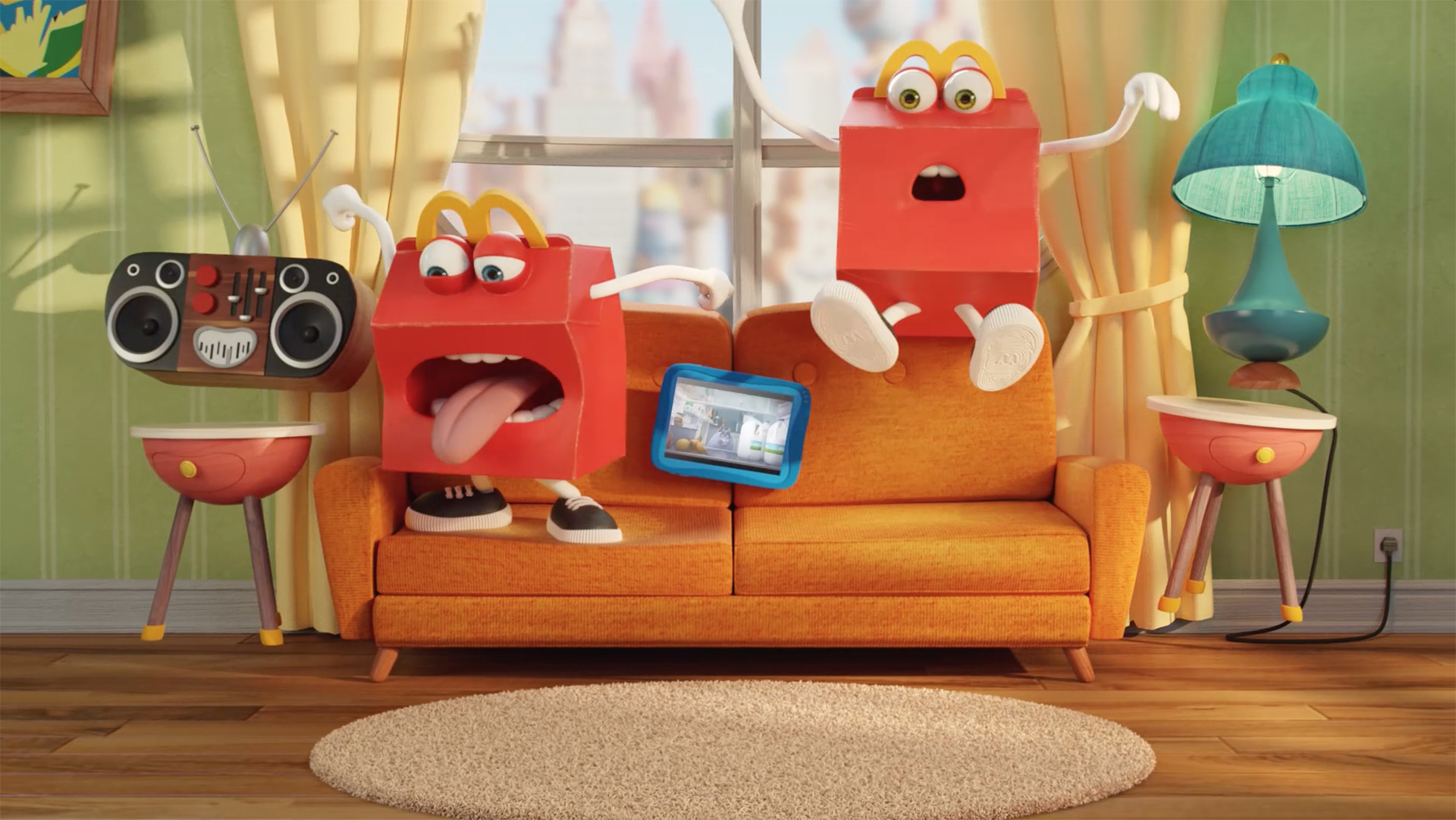 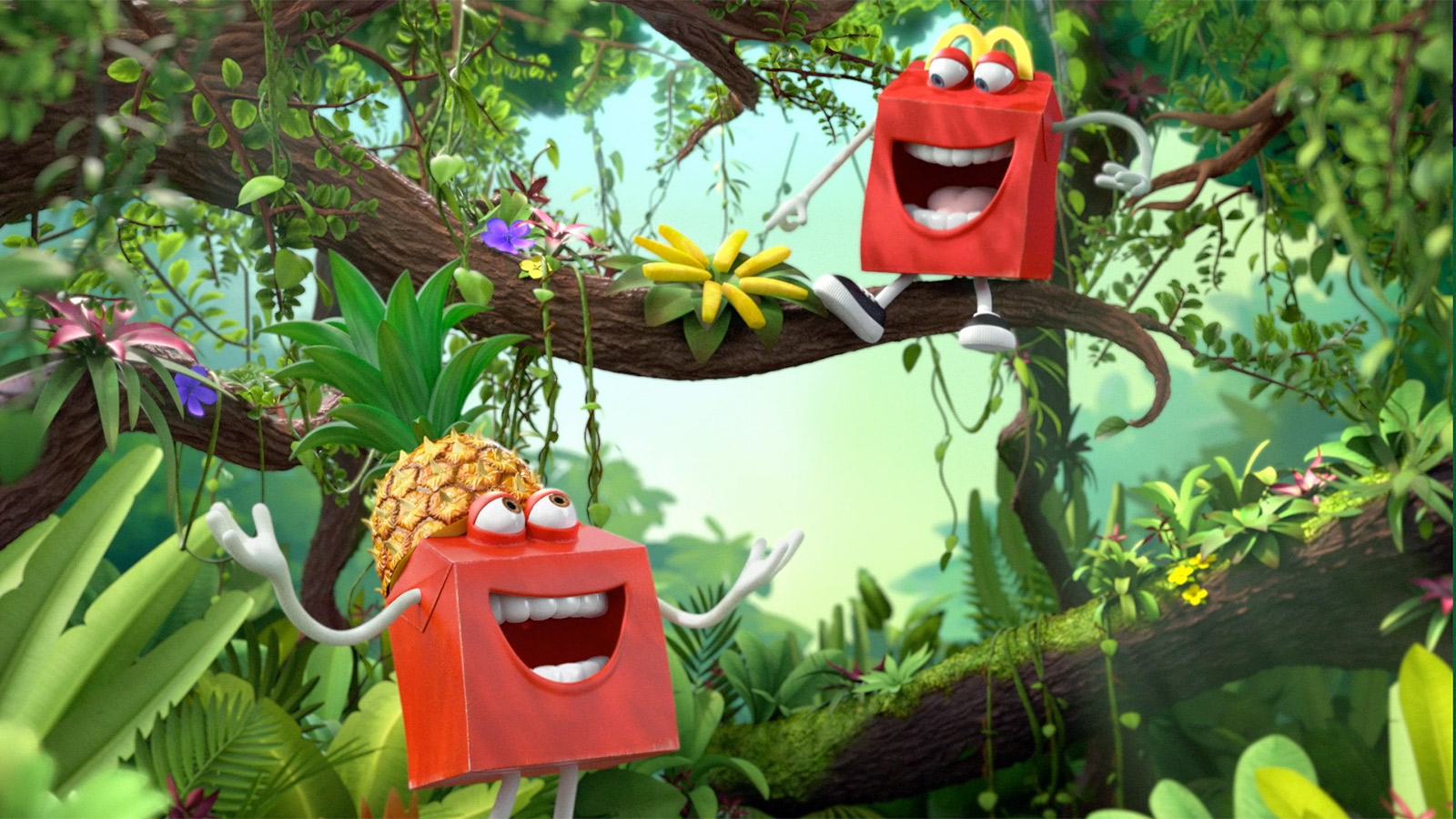 A critical component to these campaigns was the partnerships with numerous studios that had their own proprietary software and character copyrights. Working with the likes of Sony, Dreamworks, BlueSky, and Nintendo to create promo films in conjunction with the well-known assets of Tom and Jerry, Smurfs, Hot Wheels, Hello Kitty, Star Wars, Mario Bros., Angry Birds, and more, our animators had their work cut out for them. Not only did we need to rebuild, retexture, and re-rig preexisting skeletal models and reanimate them from scratch, but we needed to ensure these characters would also look, move, and behave as they would in their original media formats. From a branding standpoint, perhaps the biggest testament to our successful execution on this front was the fact that on numerous occasions thereafter, we were approached directly by the studios themselves to help with promotional work during times when their own pipelines were overloaded.

The thing about trust is that it’s generally two-sided. For Leo Burnett and McDonald’s, they learned very quickly that Hornet could stand up to the demands of fast turnarounds and any variation of projects sent our way. Early on, the campaigns were made using stop motion animation. As the relationship evolved, the pipeline expanded to include more mixed media with 2D, 3D, CG, and even live action entering the creative fold. Whatever the ask, Hornet was ready and able to deliver in a variety of media.

On the opposite side of the trust spectrum, because both agency and client were confident the spots would hit the mark, our directors were given a level of creative freedom that allowed them to produce some genuinely exceptional work over the years.

To use an overused analogy, the relationship, like a fine wine, has become better with age. Somehow, the work has remained consistently timeless and good, and yet simultaneously it’s gotten better each time. Having a director like Peter Sluszka helps. He’s directed over 100 spots for McDonald’s and all along he has remained fully-committed to approaching each one like it’s new. The result is a series of films whose character work is staggeringly diverse. 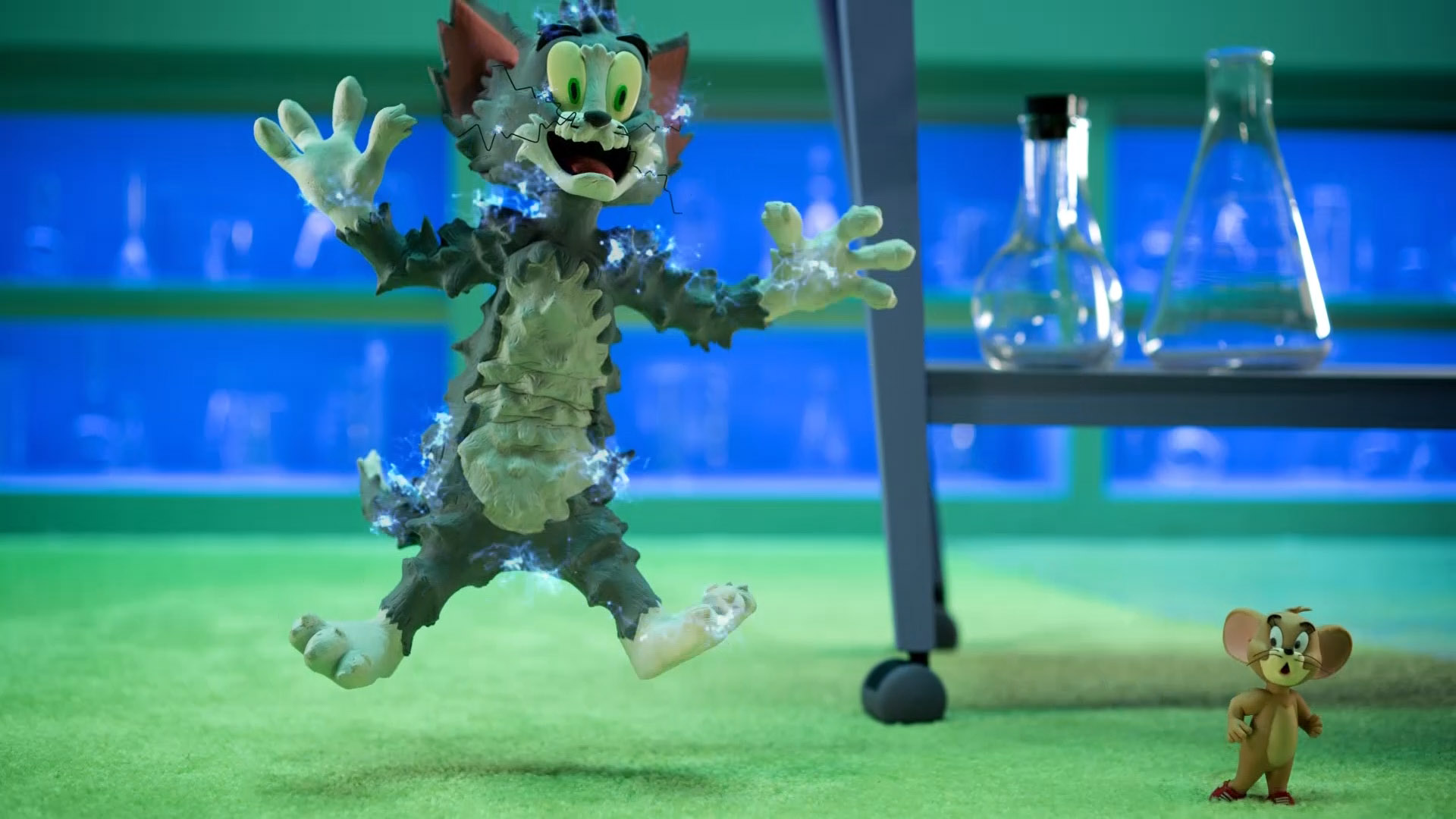 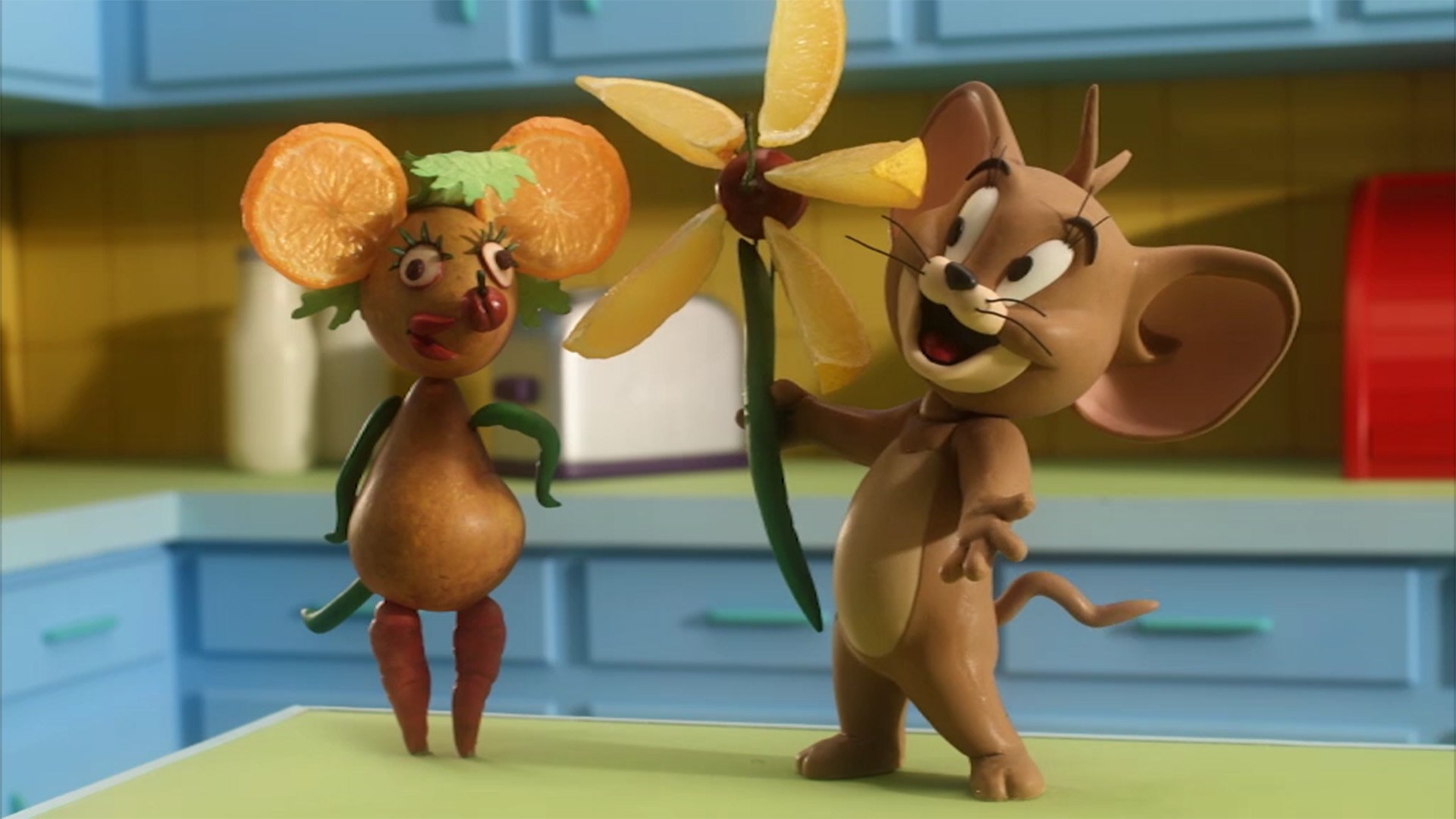 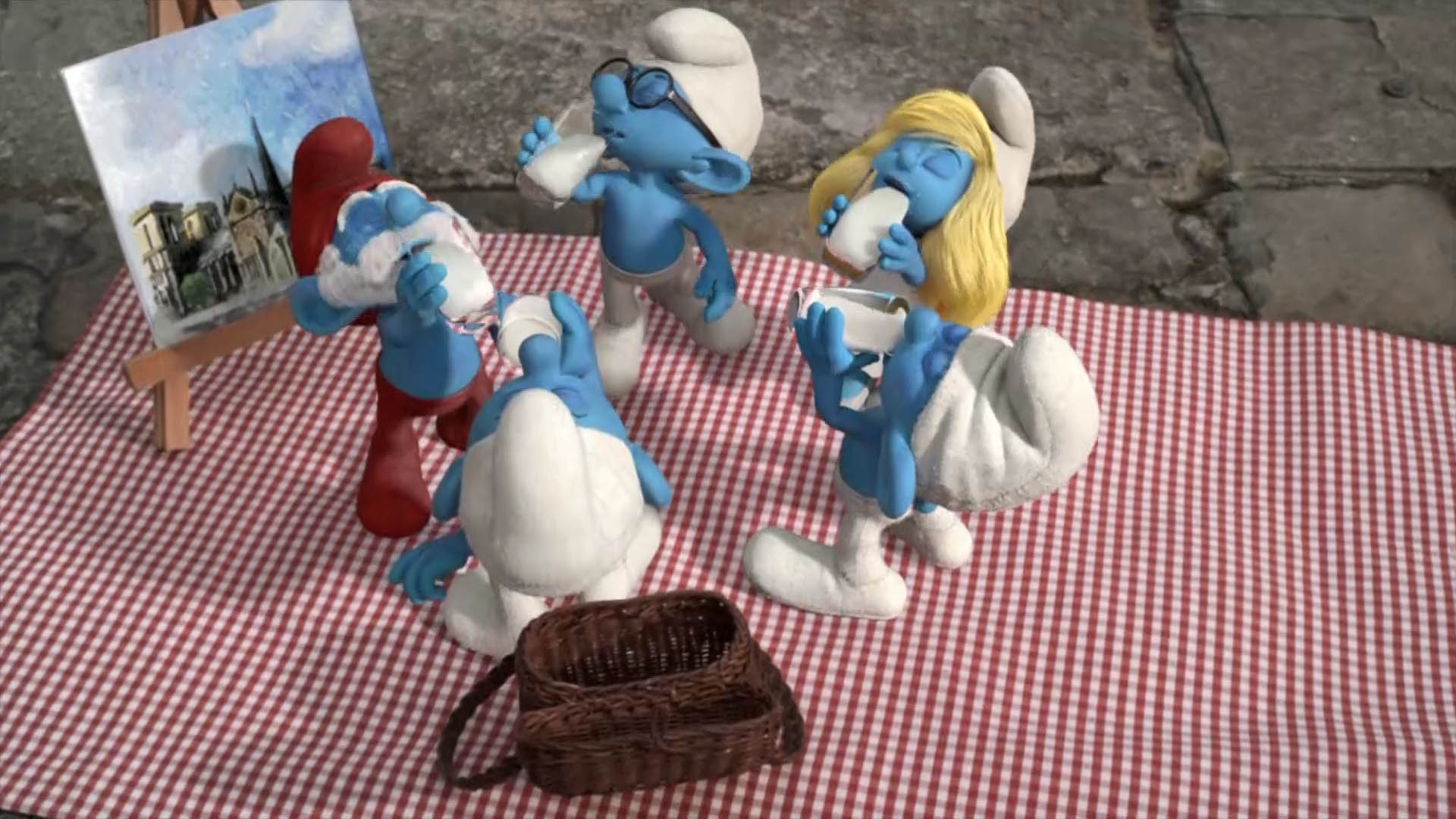 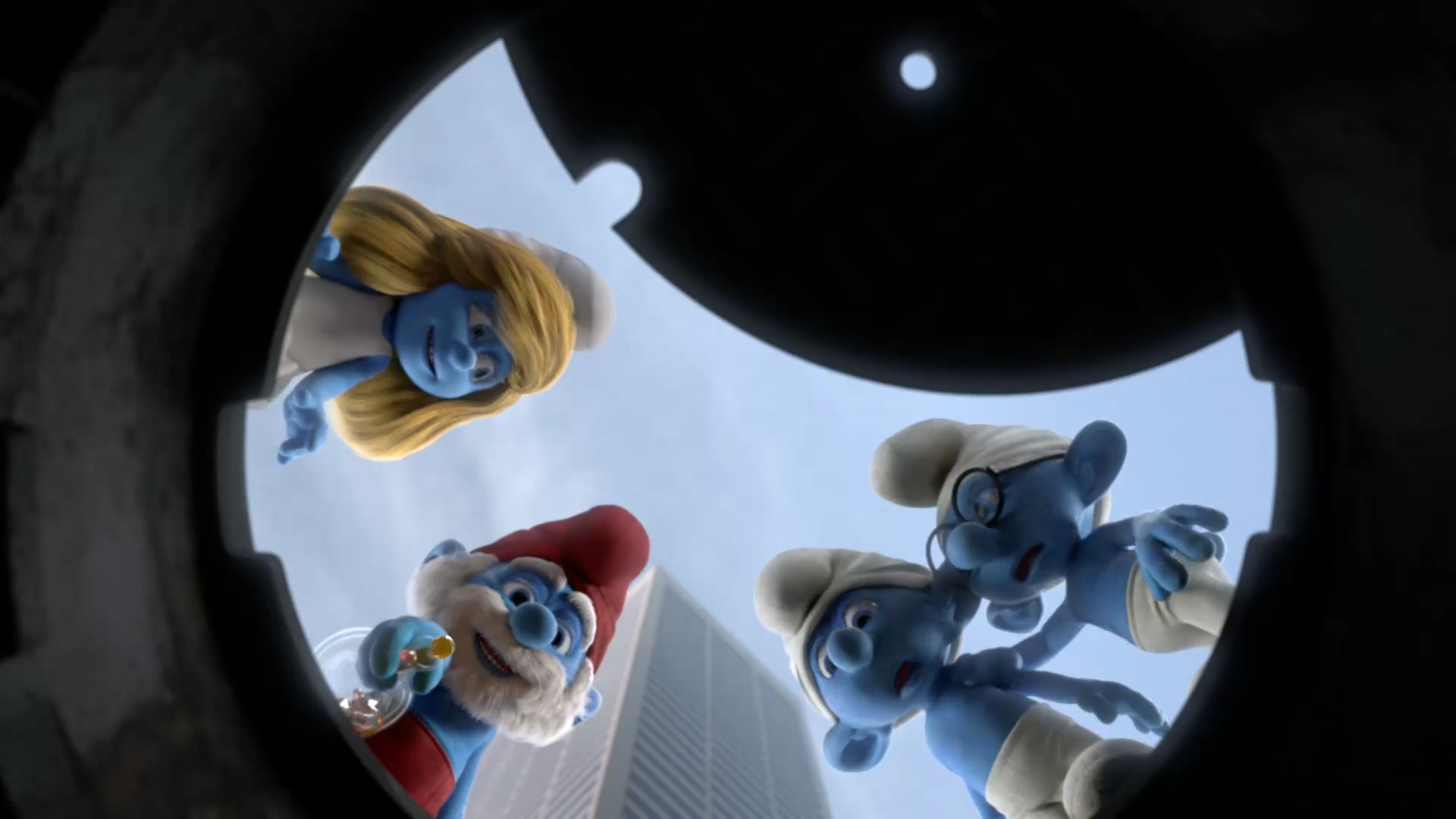 "In April 2020, Leo Burnett London and Hornet will celebrate 13 years of partnership. Pretty unheard of in the recent annals of commercial production...

"...That’s 13 years of incredible dedication from the Hornet production team to meet the many demands of the agency and manifold 3rd party film partners, 13 years of remarkable and pertinent direction, 13 years of groundbreaking and freshly relevant animation, 13 years of a very happy and enthused client, 13 years of a relationship that is founded on complete trust and a never-say-no attitude from Hornet, and 13 years of Hornet’s unbounded enthusiasm and lateral-minded approach to all jobs, whatever the problems, issues or financial demands. Work colleagues, over the water, have become firm friends. It was a lucky day when Hornet came across our radar and we know it!" 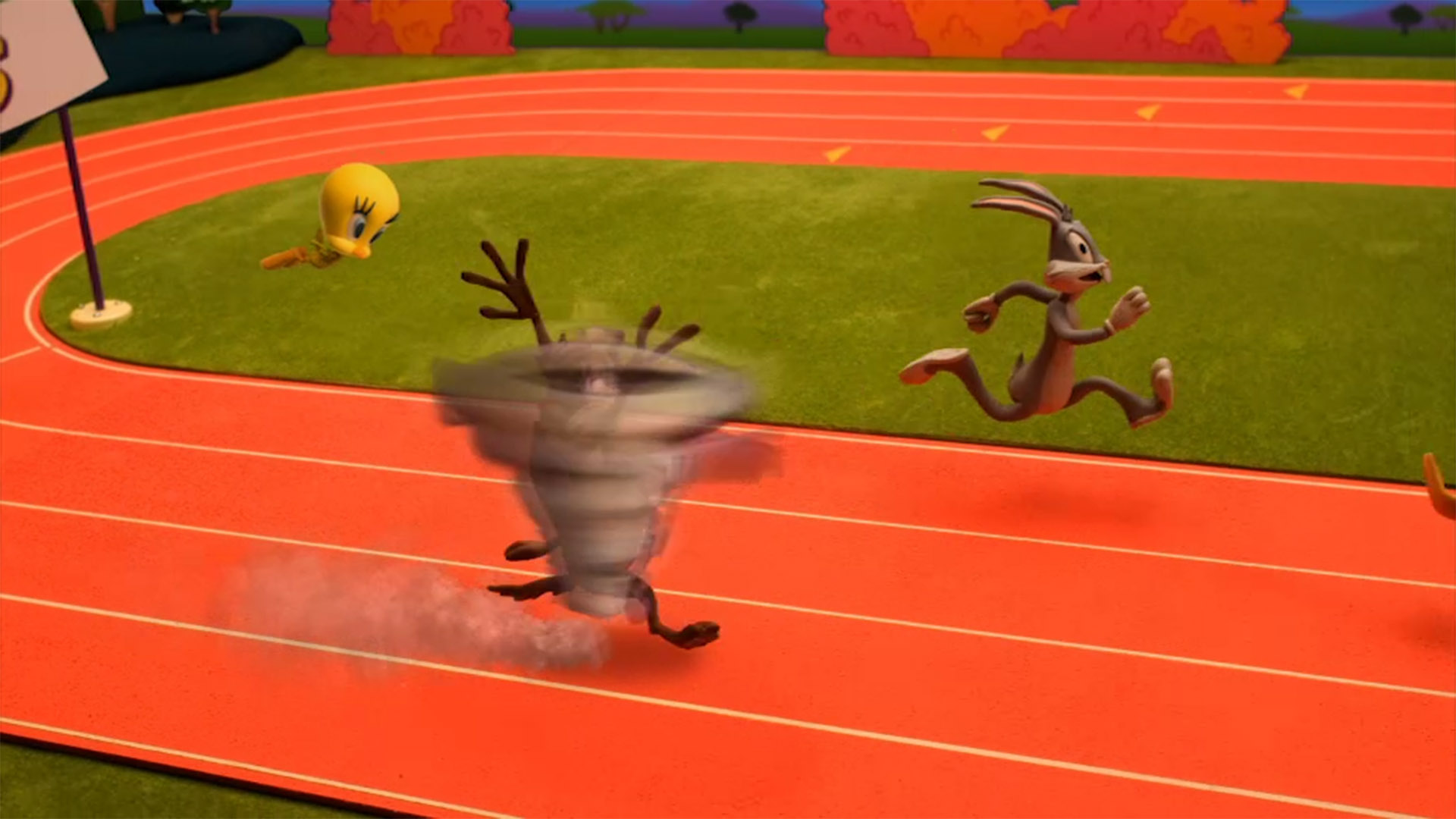 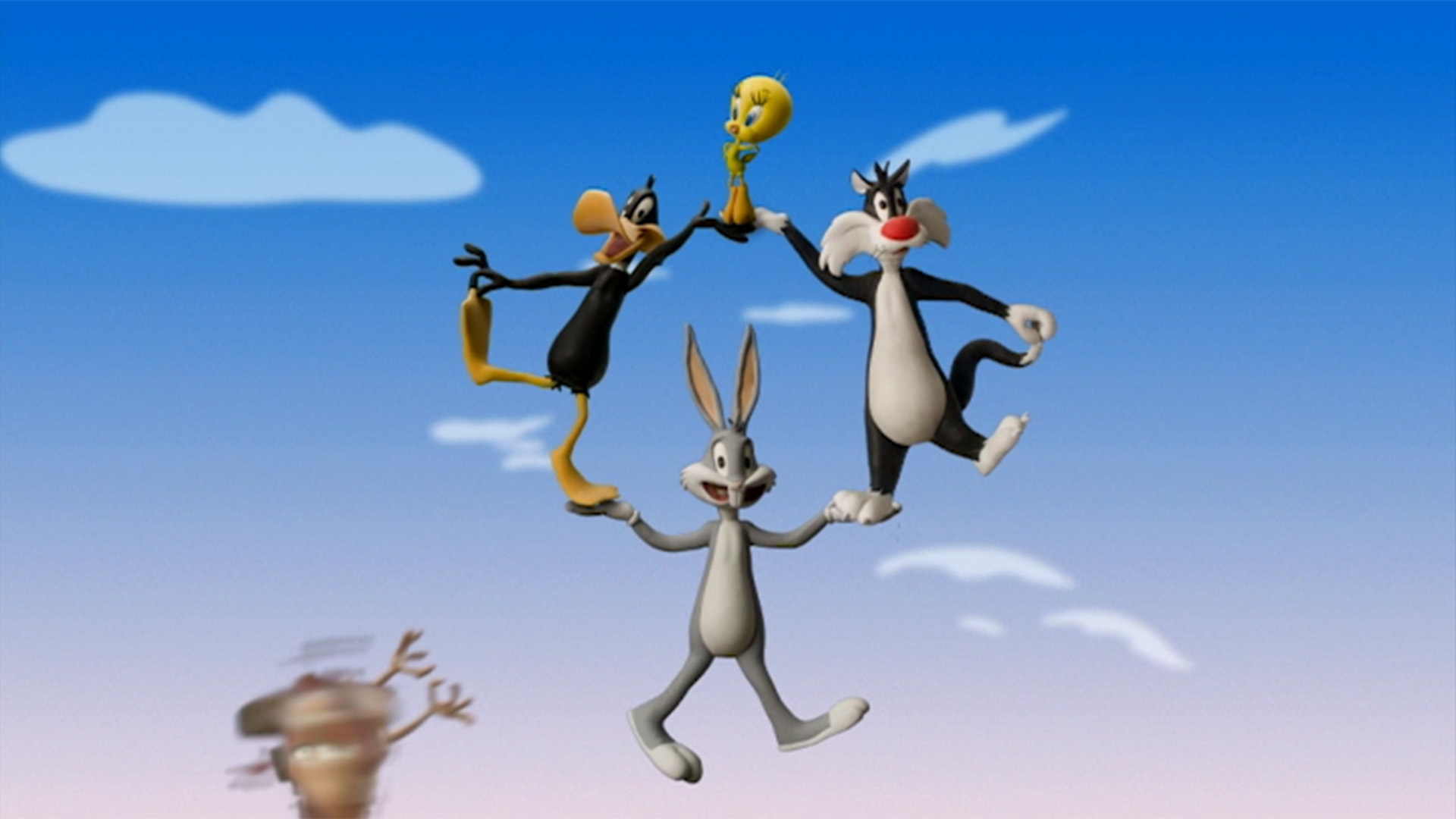 For Hornet, the joy of this relationship has forever been our client’s willingness to try anything and everything. The foundational trust they’ve afforded us to tackle any and all mediums was not only invaluable, but we fully believe it’s this level of creative freedom that is essential for any long term work within advertising. Luckily for all—including the millions of entertained viewers in the UK over the years—the trust that’s been there from the start has led to some of the most hilarious and beautifully directed films our studio has produced. And the journey is only just getting started.